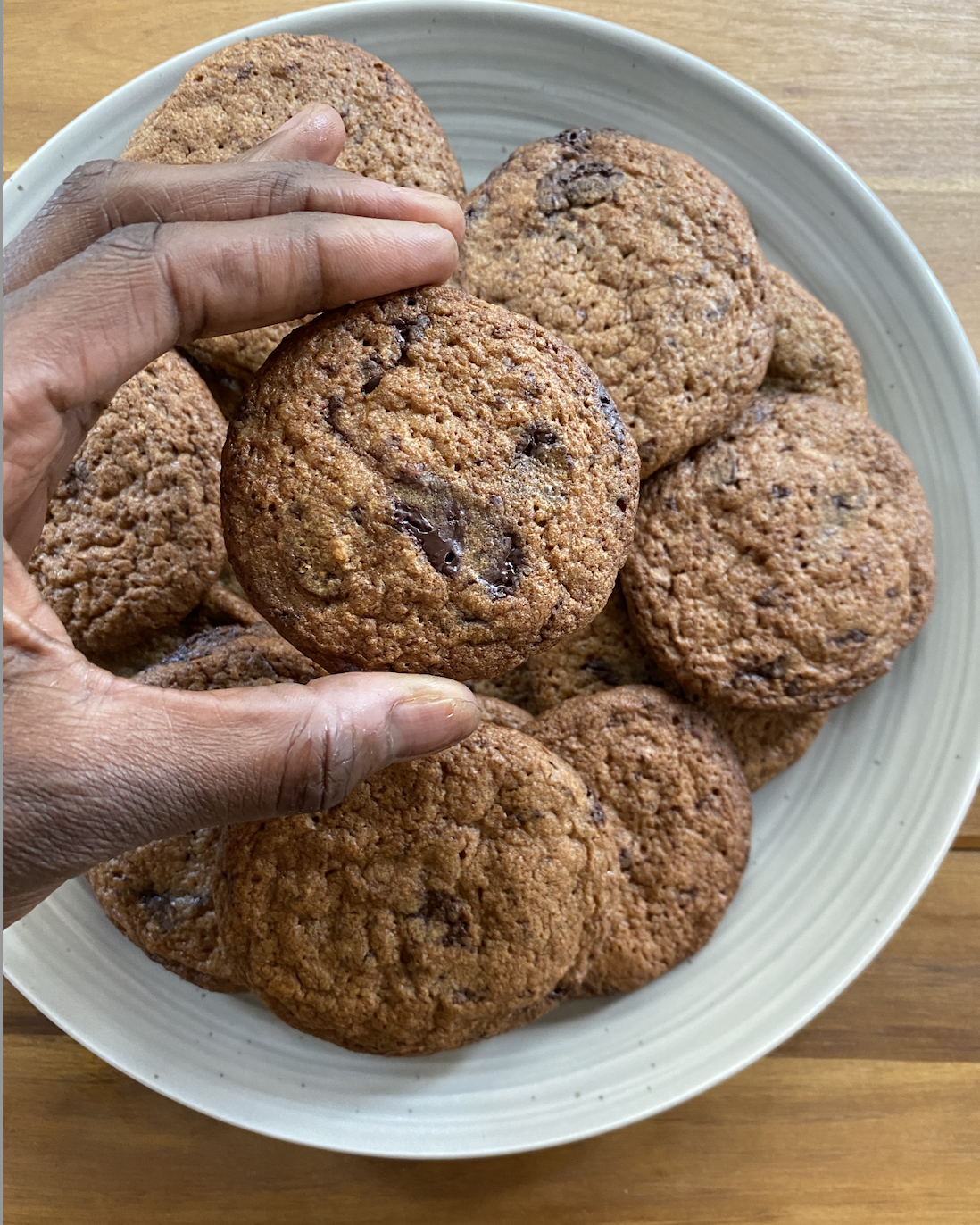 I recently took a deep dive into my heart. I changed my career. I left my friends and my home and moved across the Atlantic. I arrived into my new country with a suitcase in one hand, my daughter’s hand in the other and my heart full of promise for a brand new life.

I spent the first couple of weeks living in hotels and spending my days visiting between 3 to 6 flats each day with various relocation agents. By week 2 and 23 flats later, I was incredibly exhausted. Feelings of confusion, hesitation, regret and fear began to override my initial excitement.

Even though my mother tongue is English, and I thought I knew the United States pretty well, so many of my interactions left me feeling so incredibly alien and rather dumb!

“Whats your social?” My real-estate agent asked me.

“Uhm, I am not really active on social media” I responded, wondering why she would need this anyway. The agent gave me a hard stare.

“What is your social? She repeated. “Your so-cial-se-curity-num-ber,” with a hard eye roll at the end and a huff.

A couple of days later, I became entangled in an episode of miscommunication because I didn’t understand the various acronyms that were being thrown out ever single sentence. I continually had to ask for translations.

I got another eye roll.

These acronyms and terms are simply not something I had been exposed to. And like with any new context, I suppose that it will take some time for me to get sued to it.

On the last day of the month, when there was hardly a flat left to see, a lady whom I had met two days before at the hotel, knocked on my door. She had found an alternative listing which she wanted to share with me.  72 calls later, we reached the very last listing.

The voice on the other end said that the flat had just been put on the market, and said that I could come by to see it. Before I remember even saying goodbye, I was calling a cab to head over.

The minute I walked inside of the flat, my gaze went directly over to the generously cut kitchen area and I felt something jump within my heart. My daughter took out her wallet, gave the landlady three coins,  proudly stated that, “We were taking this flat!”

The lovely lady handed me the keys and since I had already booked another night at the hotel, we decided to move first thing in the morning. I took a taxi back to the Inn, and just as I stepped out, I checked my pockets for the key that my new landlady had just entrusted me.

I checked my bag.

I couldn’t find the darn keys!

It must be in the cab!

I called the cab and asked him to check his car.

He said that there were no keys left in his car. I figured that he didn’t look well enough and asked him if he could return. I would pay for the trip back.

I decided to retrace the route that we had taken and we drove back and forth three times, at which point the taxi driver took off the meter and told me that I didn’t have to pay anything.

Tears were falling from my face.

“Why don’t you go to sleep and deal with it in the morning”, he suggested, as he drive off.

We walked back into the hotel, and the receptionist handed me the lost keys. I nearly fell to the ground with relief.

I slipped into bed with a newly found smile on my face and imagined what I would soon bake and cook in my new kitchen.

The next morning, we moved into the flat and I decided that the first task would be to get some basic utensils for the kitchen. I would make a batch of chocolate chip cookies.

As soon as I finished writing out my list, I heard a faint knock at the door.

It was one of my neighbors and he was holding a beautiful box in his hand, which he proceeded to hand over to me as he said:

I blinked a few times, because I didn’t believe what I was seeing or what I had just heard. There was a huge fanfare party going on in my ears, and I wanted to jump and scream. I held myself back and smiled, perhaps a little more than I should have.

The chocolate chip cookie he made were the large type with dark chocolate and sea salt sprinkled on top. They were delicious with the perfect texture of a thin crispy exterior, and a beautifully chewy inside. They were not too sweet and the salt was just right! I desperately tried to hide the tears of joy and gratitude and excitement and relief that were welling up inside.

It was just what I needed.

I felt so warmly welcomed and I knew from then on, that things were going to be OK, after all. 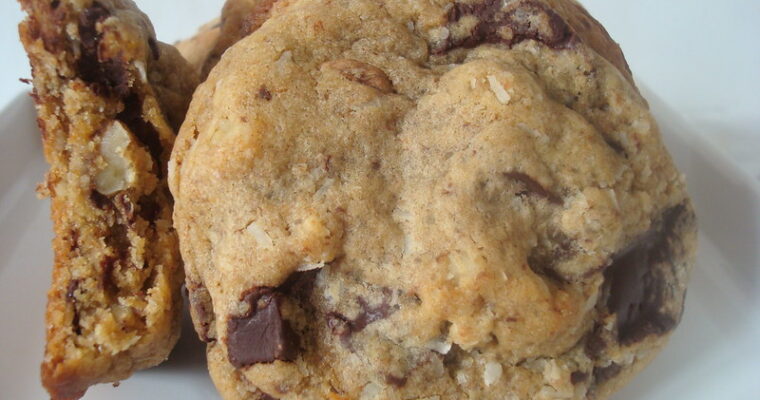 The chocolate chip cookie has always held great meaning for me from my first bite. It was the first time that I had travelled to the United States. A little girl was eating one in the playground and shared a piece with me. This act […] 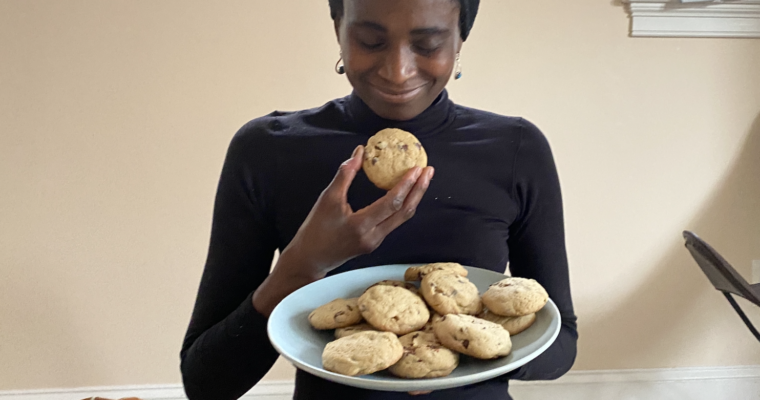 I recall so vividly that Sunday morning. It was such a quiet day, with no traffic populating the streets.  There was no hustle and bustle of people going to work or school. My ears were attuned to the flutter and song of birds outside of […]